The Ultimate Guide To Bristol

The Best Guide To Bristol 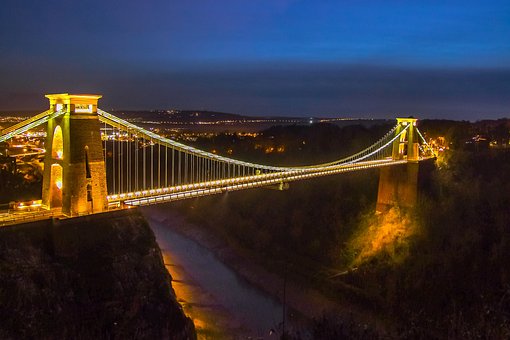 In this guide we cover everything relating to the city of Bristol in Avon, including where is it, what attractions to visit and much more.

Bristol is a city in the southwest of England and lies between Gloucestershire and Somerset. Bristol is located around 120 miles west of London.

Getting To Bristol By Car

Who Founded The City Of Bristol?

The area of Bristol has been settled since the stone age and began life as a village called Brigg Stow which means the meeting place at the bridge in old Saxon language. As the place grew in popularity the name changed to Bristol and by the 10th century it had turned into a town.

About Sport In Bristol

The major sporting clubs in Bristol include the two professional football clubs of Bristol City and Bristol Rovers, the rugby union side Bristol Bears who currently play in the top flight of English rugby and finally Gloucestershire County Cricket Club who play at the Bristol Country Ground which holds around 8,000 people for a normal county game. Both Bristol City and Bristol Bears play at Ashton Gate which holds around 27,000 people. And if you like getting involved Bristol has it’s very own inland surfing lagoon and artificial wave pool called The Wave.

The city of Bristol has something to do for all ages and interests:

Street Art – Bristol is covered in some fantastic street art, this includes a number of pieces by the world famous artist Banksy who was born in Bristol in 1974. You can go on a Banksy Walking Art Tour to see all his work throughout the city.

Theatre In Bristol – The Bristol Old Vic Theatre is the oldest working theatre in the English speaking world, this restored Georgian building is well worth a visit, view all upcoming shows here.
restored Georgian

Shopping In Bristol – In the heart of the Bristol city centre, you will find the Bristol Shopping Quarter, which is home to hundreds of well known shops, independent boutiques, restaurants, cinemas and bars.

Animals In Bristol – In Bristol you will find a fantastic aquarium and the Bristol Zoo, which is the 5th oldest zoo in the world and opened in 1836.

Gardens In Bristol – Enjoy the great outdoors in Bristol by visiting on the glorious gardens, we suggest exploring Tyntesfield a national trust victoria gothic house with gardens and Ashton Court Estate, which includes a mansion with 850 acres of woodland and grassland.

If you have any questions about the city of Bristol, leave a comment below and we will do our best to answer them.

If you are visiting Bristol or would like a relaxing drive across this historic city call us on 01225 220789 to book.